The Upper Columbia River is a special place to many people with historical, cultural, economical, and recreational significance. When people care about a place, they have a stake in what goes on there.

In 2006, Teck American Incorporated entered into a voluntary agreement with the U.S. Environmental Protection Agency (EPA) to fund and conduct a remedial investigation and feasibility study of the Upper Columbia River, which consists of the section of the river from the Grand Coulee Dam to the U.S./Canadian border.  For more information visit the Teck Resources Limited web page for the Upper Columbia River Project.

This study is carried out under the oversight of EPA, with participation of the Canadian government, the U.S. Department of the Interior, the State of Washington, and the Spokane and Confederated Colville Tribes.

Who is Teck American Incorporated and why are they involved?

Teck American Incorporated is a U.S. subsidiary of a Canadian company whose predecessor began operation of a metals smelting facility in Trail, British Columbia, Canada in 1892. Granulated slag, a metal-containing by-product of smelting, was discharged into the Columbia River from the Trail facility beginning in the early 1930's until 1995, in compliance with Canadian law. Aware that the facility was still viewed by some as a source of air and water pollution, the company spent $1 billion retrofitting the facility and installing truly state-of-the-art pollution abatement equipment. The issue of legacy discharges remained and needed to be addressed.

Recent studies done by U.S. federal and state agencies showed elevated levels of metals in Upper Columbia River sediments. Due to questions about possible health and environmental impacts, Teck American Incorporated volunteered to conduct further studies to determine if any detrimental impact from its Trail operations may have occurred, and if so, to address areas with unacceptable risk for which it is responsible.

What is the purpose of these expanded studies?

The purpose is to:

Where is the Upper Columbia River Study site?

The Upper Columbia River study site extends from the Grand Coulee Dam in Washington State upstream to the U.S./Canadian border, a distance of about 150 river miles. The study will include not only the river and the reservoir but also adjacent lands that may have been adversely affected.

What has happened so far?

In 1999, the Colville Confederated Tribes petitioned EPA to conduct an assessment of environmental contamination in the Upper Columbia River. This request was due to questions over possible risks to human health and the environment as a result of past industrial and municipal activities. These activities included mining, milling, smelting operations, and other industrial operations like pulp and paper facilities. Influences on the Upper Columbia River from municipal waste, agriculture, recreation and tributaries such as the Spokane River have also been identified.

Results of a 2001 preliminary EPA study showed that contamination was present in sediment above the Grand Coulee Dam. A detailed investigation was needed to evaluate possible risks to human health and the environment. The EPA began conducting expanded studies in 2004, and in 2006 Teck American Incorporated agreed to complete and fund the work with oversight from EPA.

What has yet to be done?

As outlined in the agreement, a number of studies and analyses will be completed to determine the nature and extent of contamination, investigate potential risks to human health and the environment, and decide how to best manage any risk that is deemed unacceptable.

The expanded studies are intended to answer three basic questions: 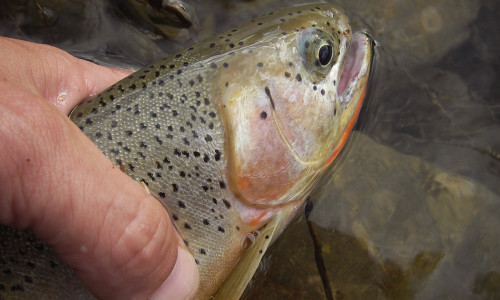